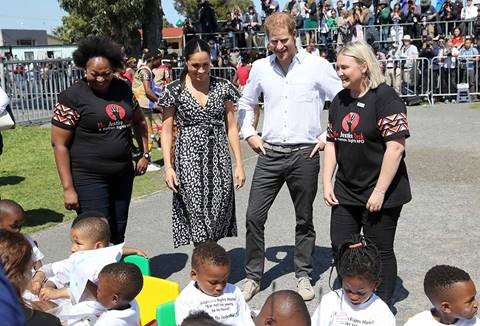 Last month Prince Harry and Meghan completed their first official joint tour to Southern Africa visiting South Africa, Malawi, Angola and Botswana. The royal family had been highlighting the dangers of land mines (Angola), the damage of deforestation (Botswana), the need for conservation (Malawi) and encouraging female entrepreneurs (South Africa). But, unwittingly, they have also been instrumental in enhancing the profile of these countries and improving their appeal to international tourists.

Indeed, some of Prince Harry’s favourite hotels in Africa have seen a spike in demand after his earlier trips to the continent. It is estimated that Treetops in Aberdare National Park http://treetops.co.ke/ saw a 20% increase in bookings after his trip was publicised. More important was the increase in visitor numbers to the National Park, which increased the money received to help protect the park and the animals.

On this trip he visited Chobe National Park in Botswana https://chobenationalpark.co.za/ , and the lesser known Makgadikgadi Pans  https://www.discoverafrica.com/blog/a-travelers-guide-to-the-makgadikgadi-pans-national-park/ in southern Botswana, which desperately needs the additional tourism revenues from park fees. The Prince stayed at the beautiful tented camp Meno a Kwena and a spike in demand following his trip saw the camp topping 70% occupancy for the year when most camps trade at closer to 50% in this part of the world. Indeed, it is estimated the value of the lodge has been increased by over 35% through the royal association.

The key question is how long this rise in demand, and value, will last.

The Bay Hotel in Cape Town http://thebayhotel.com , a royal favourite where both Harry and William have stayed in the past has tended to outperform many other comparable hotels, in part down to this connection.

There’s no doubt the impact celebrities can have on hotels trading can be significant.

Kumbali Country Lodge in Lilongwe Malawi http://kumbali.com saw trade increase by 50% when it became known it was the favoured stop in the city for Madonna. It is not known if the Prince chose to stay there during this visit, or the more luxurious Latitude 13 hotel https://13.thelatitudehotels.com, as the hospitality industry on the continent is famously discrete, protecting its guests privacy, even when such discretion impacts on a  potential increase in demand if the public knew.

It’s not just royalty having an impact. Following President Obama’s trip to the Cape Coast in Ghana (July 2009) hotels on the coast showed a 10% increase in trade over and above the growth experienced in Accra and Takoradi, and the wider country. The same spike happened after his visit to Senegal (June 2013) when trading improved 7%, and Kenya (July 2015) were trade was up in Nairobi hotels 4%, and Ethiopia (also July 2015) that leapt 12%.

Whatever the impact on the hotels in these countries, the profile of the countries and their appeal to potential tourists will be enhanced significantly, especially following the stated desire of the royal couple to relocate to Africa.