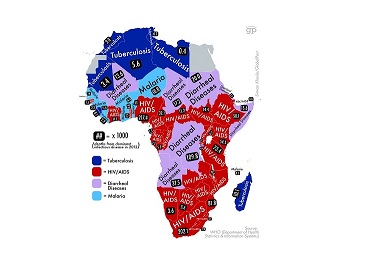 For decades reports of Africa being disease ridden have filled the newspaper columns, and TV screens in the mainstream media. Ebola, Malaria, sleeping sickness, bilharzia, dengue fever, Lassa Fever, Congo haemorrhagic fever, Yellow Fever, even Measles, have all been touted as reasons not to visit the continent.

True, Africa certainly does seem to suffer disproportionally, compared to other continents. There is still a crisis with HIV/AIDS, along with an ongoing battle with Tuberculosis, diarrheal diseases, and Malaria. In 2017, the World Health Organisation estimated that 435,000 deaths caused by malaria had occurred globally, of which a phenomenal 403,000 deaths (approximately 93%) were in the African Region.

The current Malaria, epidemic in Burundi has compounded the economic and political troubles to continue to deter hospitality investors in the country. In 2014 some six million people were infected with the disease, and so far in 2019 5.7 million people have been infected, equating to half the population. Almost 2,000 people have died already this year.

Currently, the DRC is suffering from a severe measles epidemic having caused 5,000 deaths in 2019. At the same time the second worst outbreak of Ebola has accounted for just over 2,100 deaths in the last 18 months, which included victims in Uganda.

Hotel Partners Africa’s research shows there has been no impact on hotel values in the DRC, with investment values rising by 4.46% per annum over the last 10 years. Indeed, in the last five years there have been increases in branded hotel bedrooms equating to almost 240%.

Also, the Yellow Fever outbreak in Angola that led to hundreds of deaths in 2016 has not impacted hotel investors, where seven new branded hotels equating to 1,163 bedrooms, are planned – a 128% increase on current branded supply.

It is our experience that the impact of a disease on hotel values tends to be worse when disease is seen as a Hollywood style “bad way to die”. The Ebola epidemic in west Africa between 2013-2016 led to 11,300 deaths. This was significantly less than Malaria in Africa over the same period, but the Ebola fear mongering led to a huge decline in visitors to the region.

In Nigeria alone, which was declared free of the virus in October 2014, occupancy rates in five-star hotels in the commercial capital Lagos fell drastically, and have not recovered to this date, albeit other factors have compounded the decline. As a result, hotel values in the region still haven’t recovered from the decline.

Madagascar has always suffered from a Bubonic Plague season in parts of the country. An outbreak, in August 2017 led to 124 deaths, and headlines across the media.  This has adversely impacted hotel investment in the country, and there are still no new internationally branded hotels planned for development in the next few years, despite clear demand and a compelling business case for investing there.

According to David Harper of HPA: “Until the media stops sensationalising the coverage of Africa, the impact on health epidemics will tend to impact on hotel investment across the country. Perhaps the impact on FDI will spur governments on to prioritising the health of its population?” 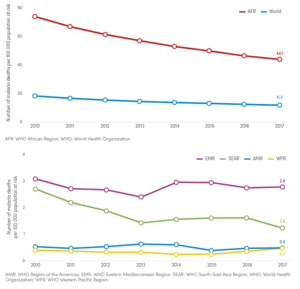