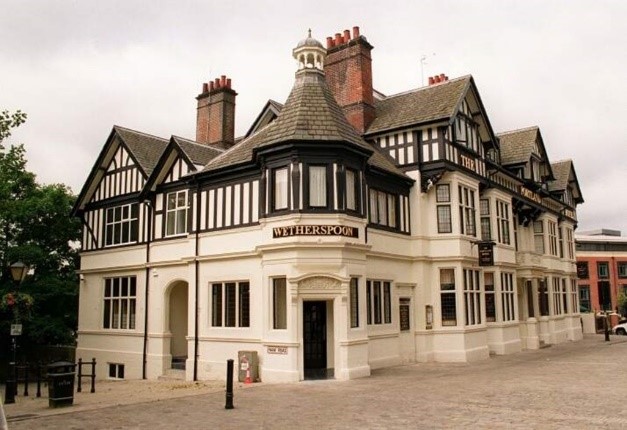 JD Wetherspoon recently marked its 40th birthday by announcing a £200 million investment into its pubs and hotels.

The chain, which launched its first pub on 9 December 1979 in Muswell Hill, will open new sites across the UK and Ireland strengthening the already existing 875 boozers, and 58 hotels in the brand’s portfolio.

It plans about 60 new pubs, and at least four new hotels.

Those will be in Bourne, Waterford, and Dublin, Hamilton, Ely, Diss, Felixstowe, Newport Pagnell and Prestatyn. It will also invest heavily in London.

Speaking about the expansion, Wetherspoon’s founder and chairman Tim Martin, said: “We are especially pleased that a large proportion of the investment will be in smaller towns and cities which have seen a decline in investment in recent years.”

Looking to increase their accommodation-side is certainly a smart move for Wetherspoons, which has moved seamlessly into the hotel business, almost entirely as an adjunct to their core business of public houses.

With the rise in OTAs (online travel agents) allowing independent smaller hotels to compete effectively for bookings with established branded hotels that benefit from their own central reservation systems, trading a small number of bedrooms above an established pub became a realistic option to enhance profitability.

Typically, hotels with only a small number of bedrooms – and the average size in the Wetherspoons portfolio is 22 bedrooms – tend to be relatively unprofitable, as they need to cover many undistributed costs, such as having a general manager, from just a small base of letting bedrooms.

However, in the case of these hotels, the undistributed costs are met by the pub element. As a result, the bedrooms are a very high profit margin add on to the business model.

Added to this is a desire for many international visitors to stay in a traditional British (English) pub, with a full English breakfast in the morning, and plenty of British beer the night before.

As such, there is a ready market for rooms that are sometimes noisy until closing time and are often shoe-horned into the upper levels, in areas that were used as the pub staff living quarters.

The business model has been to have hotels that form an integral part of the overall pub portfolio. As always, some areas are more popular for hotels than others, and if Wetherspoons were a tropical hotel operator I would be recommending they look to increase their portfolio in markets where hotel rooms are undersupplied.

In this instance, however, the hotels are merely a second string to their operational bow, and I would recommend they keep on with the strategy that has made them so successful, finding pubs that justify their position in the portfolio as a pub first, then adapting any spare space, if there is enough, to providing hotel accommodation.

It’s not like they are trying to compete with Premier Inn, which are all attached to Whitbread pubs, but usually not in the same building, who tended to focus on out of town pubs and hotels, rather than city centre locations where the strongest demand for pubs is located.